How to Handle an Aggressive Rooster in your Flock

Do you have memories of being chased around the farmyard by an aggressive rooster?

My Grandma had a large flock of laying hens with one mean rooster who chased us out of the barn when we gathered eggs.

So my sister and I devised a plan. She was the lookout while I quickly gathered the eggs. We would sneak out of the coop only to find the aggressive rooster waiting for us around the corner. We ran to the house spilling eggs as we went.

Is there a way to prevent an aggressive rooster from being mean? Can a rooster be trained not to be mean? What do you do with an untrainable rooster?

How to Handle an Aggressive Rooster in your Flock

Training to Be Tame

Starting when they are chicks is the best time to begin taming a rooster. Pick up the chicks and feed and hold them daily. You’re establishing a pecking order with them, that you are the boss, not them.

A rooster’s job is to protect hens, so even as a chick that is part of their nature. If you show them you’re boss in front of the female chicks you may be able to modify their behavior.

All roosters will hit puberty and with it kicks in their hormones. In the spring, you most likely will see an uptick of aggressive behavior.

Tactics to Solve an Aggressive Rooster

So you have a grown rooster and not sure how to get it not to attack you every time you come near.

A couple of things to keep in mind is don’t rush up on the rooster. It immediately puts the rooster in defense mode. Take slow, deliberate steps whenever you are dealing with a rooster.

Never run, walk, or turn your back on the aggressive rooster, this will signify to him that you are afraid of him and he is head of the pecking order. That is the opposite of what you want to establish.

As you can see in this video, be prepared for a rooster attack.

The use of a 5-gallon bucket as a barrier between you and the rooster may save your extremities from some unsightly pecking scars. The long pants, rubber boots, and long sleeved shirts don’t hurt any either.

Once you have all the necessary safety precautions, you can attempt to alter your rooster’s attitude by first putting yourself in the pecking order.

The rooster is trying to assert his dominance in this battle between the two of you, so take a step towards him, not looking him directly in the face as the rooster will find that to be a challenge.

Put your arms out and flap them to make yourself look larger than he is. If the rooster backs away, he understands that you are boss.

A second tactic used is to pick him up and hold him on your side for 15-20 minutes as you walk around the yard. Clamp him good and tight against you no matter how much he squawks. Then put the rooster down and if he attacks again, pick him up and start over.

All roosters fight with their feet, the spurs are especially dangerous. So when he comes at you and you have rubber boots on you could roll the rooster over in the dirt using your boot. If the rooster comes at you again, repeat as many times as necessary until the rooster walks away.

You can also step towards the rooster and hold out your hand and feed him a treat. Be cautious because he could fly up into your face. The rooster may start to see you as the giver of treats rather than an aggressor.

No Help for This Rooster

If you’ve tried several tactics and none of them have worked, you may have to make a tough decision.

We had a gorgeous Rhode Island Red rooster, and for a while, he went about his own business, and we had no problems. But then, our granddaughter came to visit; she was three at the time. She had not even been around the coop, but he saw her across the yard and came after her.

Roosters can be very dangerous for children, even to the point of poking out an eye. We knew we couldn’t risk her getting hurt, so we rehomed him — granddaughters trump roosters.

The last resort is to cull the rooster. It is unfortunate but necessary if the rooster will not change his behavior.

Be on the lookout for roosters also attacking your hens. Some feather picking on their back is standard practice for the mating season between a hen and rooster. However, if you see him being mean to the same hen or hens to the point of bloody backs you might want to check out our post, How to Handle Chicken Bullies for possible elements that may be causing the aggression.

Do you have a way to help your rooster come back to his charming self?

We’d love to hear it!

Chicken Bullies and Tactics to Stop Them
← Read Last Post

This site uses Akismet to reduce spam. Learn how your comment data is processed.

This site uses Akismet to reduce spam. Learn how your comment data is processed. 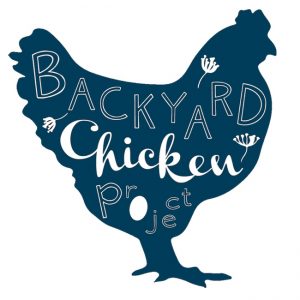 We are a backyard movement of crazy chicken people spreading their love across the world.

We believe in the happy, healthy, spoiled chicken.

We believe our project has what it takes to make the world a better place, one chicken at a time.